Dorothea Lange ,the story behind her photograph “Migrant Mother” 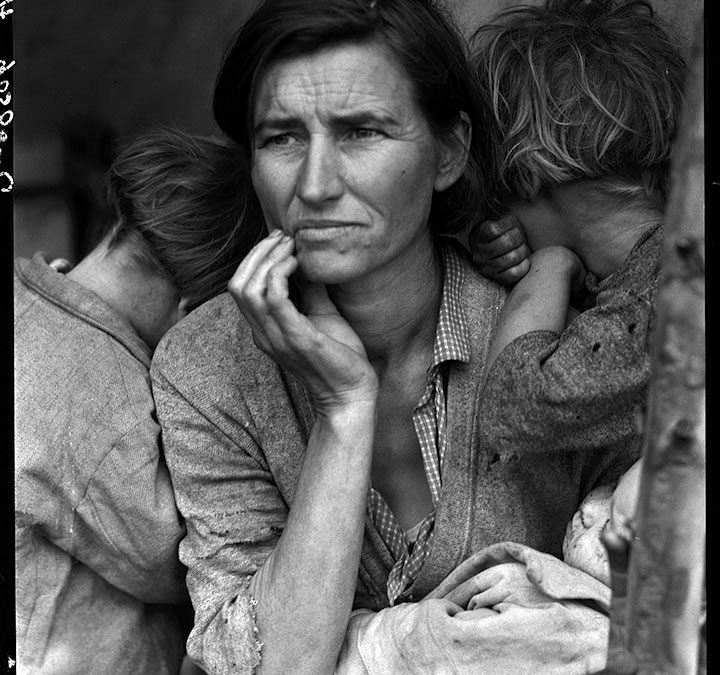 Working for the Resettlement Administration and Farm Security Administration, Lange’s images brought the plight of the poor and forgotten—particularly sharecroppers, displaced farm families, and migrant workers—to public attention. Distributed free to newspapers across the country, Lange’s poignant images became icons of the era.

One of Lange’s most recognized works is Migrant Mother . The woman in the photograph is Florence Owens Thompson. In 1960, Lange spoke about her experience taking the photograph:

“I saw and approached the hungry and desperate mother, as if drawn by a magnet. I do not remember how I explained my presence or my camera to her, but I do remember she asked me no questions. I made five exposures, working closer and closer from the same direction. I did not ask her name or her history. She told me her age, that she was thirty-two. She said that they had been living on frozen vegetables from the surrounding fields, and birds that the children killed. She had just sold the tires from her car to buy food. There she sat in that lean-to tent with her children huddled around her, and seemed to know that my pictures might help her, and so she helped me. There was a sort of equality about it. “

Lange took seven photos that day, in the course of ten minutes. The last being the famous Migrant Mother . These are the six other photos:

The images were made using a Graflex camera. The original negatives are 4×5″ film. It is not possible to determine on the basis of the negative numbers (which were assigned later at the Resettlement Administration) the order in which the photographs were taken. Extended captions and supplementary textual files relating to this series in the FSA Written Records have not been found.

After Lange returned home, she told the editor of a San Francisco newspaper about conditions at the camp and provided him with two of her photographs. The editor informed federal authorities and published an article that included the images. In response, the government rushed aid to the camp to prevent starvation.

The woman in the famous Migrant Mother after many years, 1979 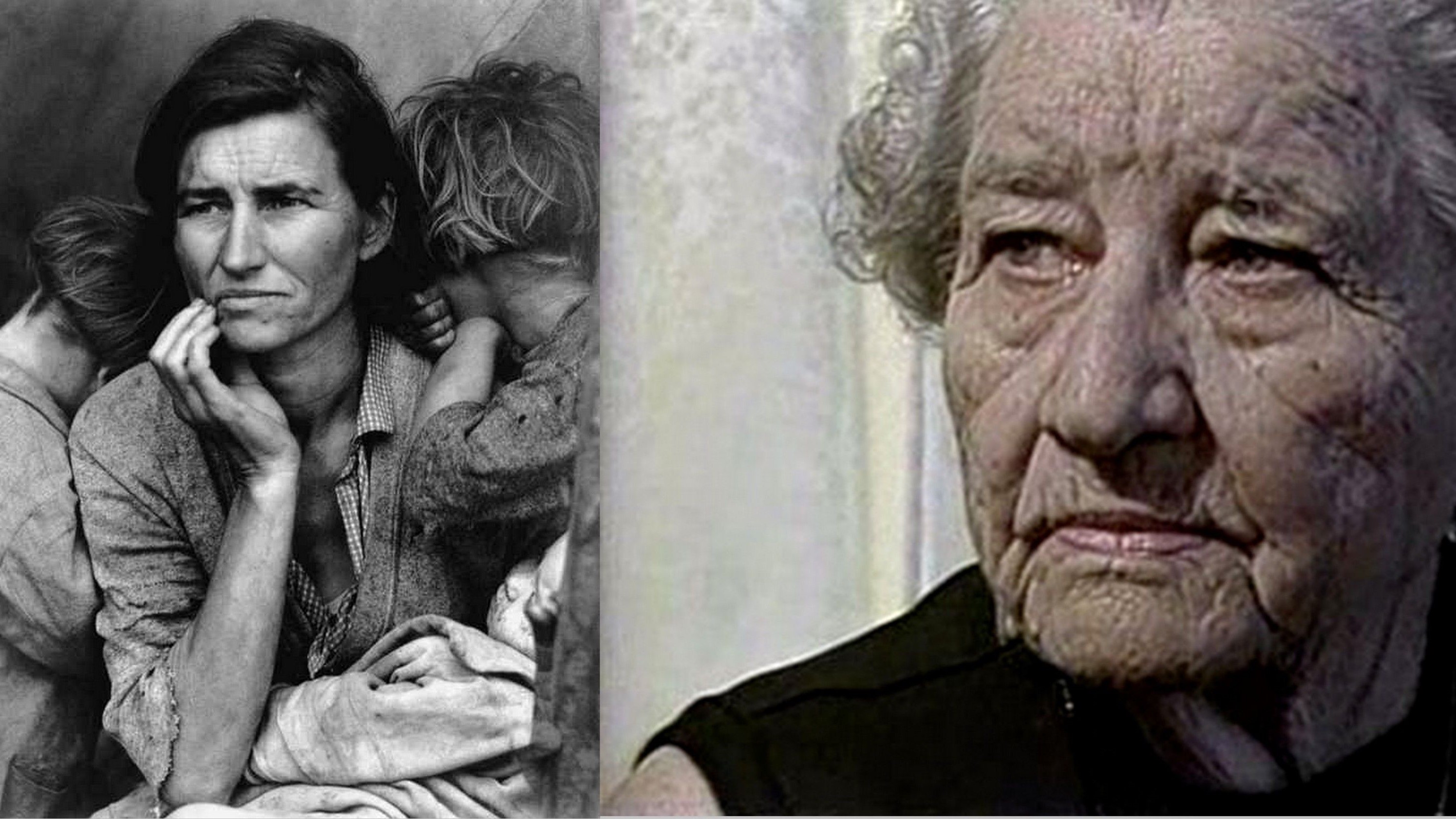 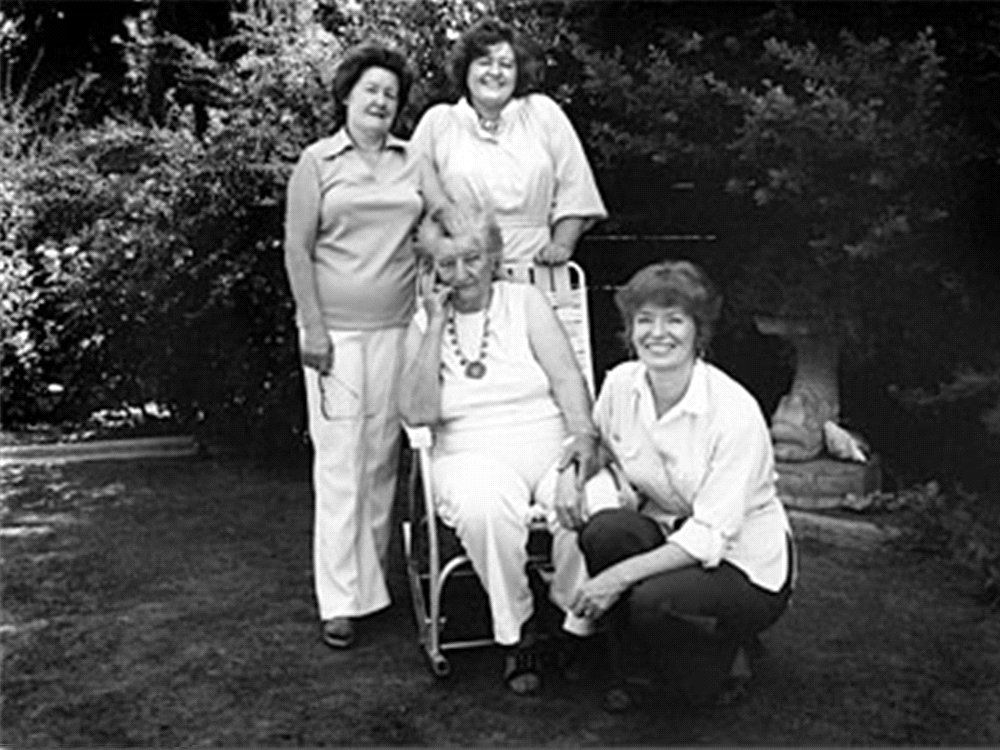