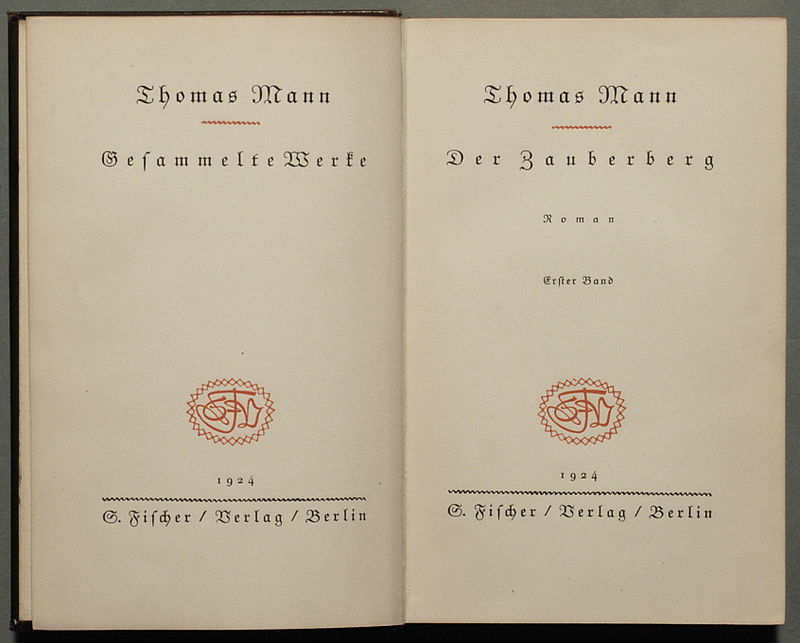 The Magic Mountain begins with a short but important introduction. Thomas Mann tells us this will have to be a very long book, since he wants to tell the story of a person, and a person is built up very slowly by important details of his or her past.We learn the most minute details of Hans Castorp’s life and experiences, and thus I think I came to understand him better than virtually any other character I have read of in literature before. Mann is at pains to tell us that Hans Castorp isn’t any sort of special person – just a normal relatively average fellow. And this is true. Hans Castorp is the character around whom the entire long novel spins, yet it isn’t really much about Castorp himself.

The novel explores some of the grandest questions of life, including time, death, disease, and war. Throughout the book,they discuss the philosophy of time so i chose an excellent excerpt concerning boredom..

“What we call boredom is actually an abnormal compression of time caused by monotony–uninterrupted uniformity can shrink large spaces of time until the heart falters, terrified to death. When one day is like every other, then all days are like one, and perfect homogeneity would make the longest life seem very short, as if it had flown by in a twinkling. Habit arises when our sense of time falls asleep, or at least grows dull; and if the years of youth are experienced slowly, while the later years of life hurtle past at an ever-increasing speed, it must be habit that causes it. We know full well that the insertion of new habits or the changing of old ones is the only way to preserve life, to renew our sense of time, to rejuvenate, intensify, and retard our experience of time–and thereby renew our sense of life itself.”

“You have described very nicely an indubitably moral element in the nature of music: to wit, that by its peculiar and lively means of measurement, it lends an awareness, both intellectual and precious, to the flow of time. Music awakens–and in that sense it is moral. Art is moral, in that it awakens. But what if it were to do the opposite? If it were to numb us, put us asleep, counteract all activity and progress? And music can do that as well. It knows all well the effect opiates have.”

In The Magic Mountain, the recently perfected gramophone allows the Berghof people to listen to, e.g., Aida’s final duet with Radames from Verdi’s opera

and to Schubert’s multivalent song “Der Lindenbaum” from the Winterreise , both full of mourning feelings in the view of death. With the last-mentioned song of Franz Schubert  on his lips, the protagonist is told to vanish on the battlefields of World War I. 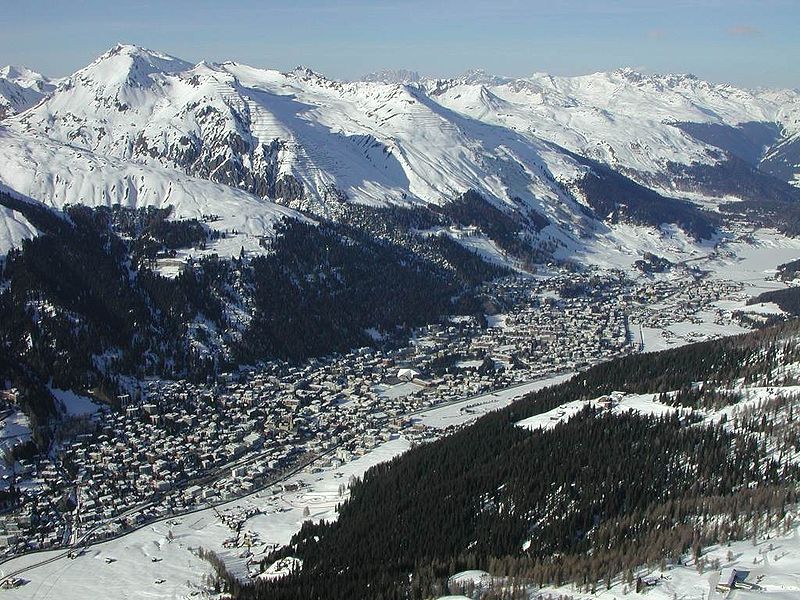 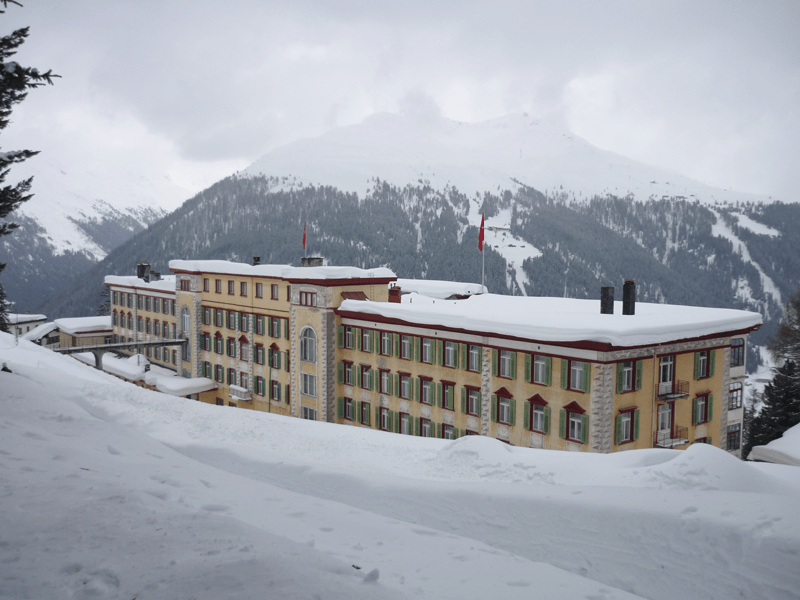 “Berghotel Sanatorium Schatzalp”, referred to in the novel

Mann himself was well aware of his book’s elusiveness, but offered few clues about approaches to the text. He later compared it to a symphonic work orchestrated with a number of themes and, in a playful commentary on the problems of interpretation, recommended that those who wished to understand it should read it through twice.